Moringa Wave: a superfood producer that does more than fight malnutrition

This Malagasy saying reminds us that we cannot marvel at a grasshopper laying its eggs without leaving the comfort of our beds.

That is exactly what drives Rasoanirina, a moringa producer, every morning. In the wee hours of the morning, she harvests Moringa leaves. She carefully picks the softest and the smallest to ensure the quality of her products. She will later sell them to Moringa Wave — the social enterprise that's working towards revolutionizing the superfood industry.

Moringa Wave is a Madagascar based enterprise aiming to promote Moringa Oleifera as the main food supplement to combat malnutrition. The company has developed a pertinent business model that has maximum social impact at its core.

Originally from the Indian sub-continent, Moringa Oleifera now grows in various areas of the world, especially sub-tropical regions. It can help with many diseases and discomforts like constipation, asthma, dry skin, low sex drive to name a few. It's called the miracle tree for a reason.

But most importantly, the plant has unprecedented nutritional virtues. If humanitarian organizations rely on it for their food and nutrition programs, it is because of all of the nutrients it contains. Diluting three teaspoons of moringa powder in your yoghurt, your eggs or your smoothie means taking in all of the nutrients you need for the whole day. That’s almost four times more than what your banana, orange or milk can bring to the proverbial table.

So why is it not more widespread in a country like Madagascar where 47 percent of children suffer from malnutrition? Blame colonial times… Because the plant grows abundantly and is easy to harvest the general consensus was that it is "poor people food".

Moringa Wave works closely with communities to remove such misconceptions and ensure that everyone can enjoy the plant's benefits. As such, it operates on various levels to maximize its social impact.

The company sells its products to retailers at normal price but subsidises the prices for NGOs. It partners with school cafeterias to incorporate moringa powder in public-school provided meals. By training women to harvest and to work in cafeterias, Moringa Wave not only supports the local community but also contributes to the increasing acceptability of moringa as a complementary food. 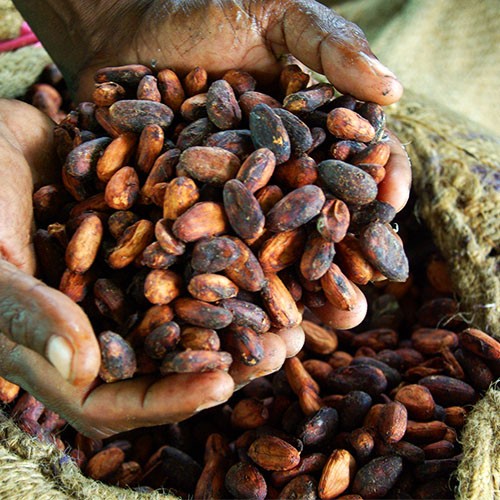 Moringa Wave integrates itself in the discourse on circular economy and zero waste as well. Its packaging is biodegradable and nothing is thrown away during the production process; the "scraps" go into producing moringa oil for skincare and moringa chocolate for sweet cravings.

Small is beautiful, small is bigger

Our initial conception of the fight against malnutrition is of big aid organizations going to small villages, distributing food. Some question the sustainability of such actions, and others create complementary initiatives in collaboration with those who know the situation best: the locals.

Moringa Wave reminds us that we can break complex problems down into smaller, more graspable solutions.